"Natasha" in Natasha, Pierre, and the Great Comet of 1812

Manna is currently starring as Natasha in Theatre Raleigh's Production of "Natasha, Pierre, and the Great Comet of 1812." General Seating Tickets can be purchased here.

If you are interested in learning piano, working on vocal technique, or learning music theory and sight-singing, I am teaching online via Zoom and FaceTime. Contact me directly for rates! (Bachelors of Music in K-12 Music Education +Choral conducting emphasis, Masters in Musical Theatre)

Manna starred as Cinderella at The Fulton Theatre after the pandemic "intermission" from November 9, 2021 - January 2, 2022.

Manna was fortunate enough to do her first play, Sense & Sensibility, adapted by Kate Hamill at Virgina Stage. She loved getting to portray another of Jane Austen's leading ladies, Marianne Dashwood.

"Rita" in Prelude To A Kiss

Manna was thankful to rejoin the Austen's Pride team once again to perform the role of Jane Bennet at ACT of Connecticut. (Igor Goldin/Director, Kevin Stites/Music Supervisor, Andrew Palermo/Choreographer) 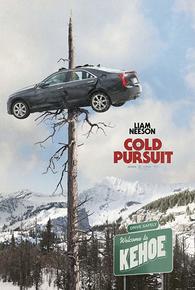 Manna made her on screen debut in the feature film COLD PURSUIT, starring Liam Neeson. She was featured as "Minya," the only female Native American member of White Bull's gang. (Director: Hans Petter Moland) Watch the trailer HERE.

"Marian Paroo" in The Music Man

Manna spent a year touring the country with Lincoln Center's First National Tour of The King and I as Tuptim. The production was directed by Bartlett Sher, and starred Jose Llana and Laura Michelle Kelly.

Manna performed the role of Kiku in Prospect Theatre & NAAP's concert collaboration of Pete Mill's Honor. The concert was a one night only event at The Times Center, Saturday, September 10th, 2016.

Manna played Liat in The Guthrie Theatre's production of South Pacific under the direction of new Artistic Director, Joseph Haj.

Manna starred as Maria D'Avalos in Prospect Theatre's production of Death for Five Voices, at The Sheen Center.

Manna made her BROADWAY DEBUT in Allegiance at The Longacre Theatre! This original musical, which was inspired by George Takei's real life, centered around the lives of Japanese-American citizens who were held in the West Coast internment camps during WWII. http://allegiancemusical.com/#3uIw67Z2gb09HEkk.97

Manna was nominated for a New York Innovative Theatre Award in the category of Outstanding Actress in a Featured Role for her performance of Emily West (Beulah) in Allegro at the Astoria Performing Arts Center. "Allegro" choreographer, Christine O'Grady, was also nominated in the category of Outstanding Choreography/Movement, as well as the show itself for Outstanding Production of a Musical, under the direction of Tom Wojtunik.

Manna starred as Hana-Ogi in Pan Asian Repertory Theatre's Staged Reading of Sayonara, adopted from the James A. Michener novel and film.

Manna played the role of Mei Li in a reading of Guilin at Theater Row as part of the New York Music Theatre Festival.

Behind the Painting (Lab)

Manna spent a month working on Richard Maltby & David Shire's Lab of Behind the Painting, starring Sierra Boggess and Bie Sukrit. The work was presented Feb. 27-28 at Playwrights Horizons.

Manna debuted the role of Adela in NAAP's production of Blind, by Julia Gytri and Yan Li. She also recorded the role for the demo album.

A portion of Manna's salary was donated weekly to Love146 to help prevent tragic stories like Kim's and rehabilitate vicitms of modern day sex trafficking.

"Eliza" in My Fair Lady

Check out the Arena Stage website for more information.

Arena Stage in The Mead Center for American Theatre

Manna starred as Kim in Miss Saigon at the Fulton Theatre in Lancaster, Pennsylvania.

Manna's role in Miss Saigon helped to support Love146, a charity committed to ending child trafficking and exploitation, and aiding the recovery of its victims to prevent tragedies like Kim's.

Manna played Sachiko in the off-Broadway premiere of Tokio Confidential, at the Atlantic Stage 2 in New York. Manna had previously played the role of Sachiko in a 2011 Actors Studio reading.

Manna supported America's troops and their families by performing in various USO shows around the country. Visit the USO Show Troupe site for more information.