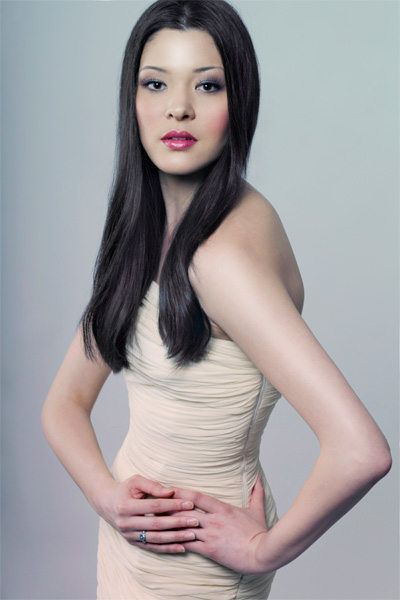 Manna was honored with a Barrymore Award for "Outstanding Supporting Actress in a Musical" by the Theater Alliance of Greater Philadelphia for her performance in the role of "Tuptim" in The King and I at The Walnut Street Theatre.

Manna is currently nominated for a New York Innovative Theatre Award in the category of "Outstanding Actress in a Featured Role" for her performance in the role of "Emily West" ("Beulah") in Astoria Performing Arts Center's Allegro.

Manna was nominated for 2 Broadway World Maine Awards in the categories of "Best Actress in a Musical" and "Best Vocal Performance in a Musical" for her performance in the role of "Eponine" in Maine State Music Theatre's Les Miserables.

Manna was nominated for a Broadway World Washington DC Award in the category of "Best Actress in a Musical" for her performance in the role of "Eliza Doolittle" in Arena Stage's My Fair Lady.

My Fair Lady at Arena Stage

Miss Saigon at the Fulton Theatre

"Manna Nichols is a stellar Kim, with a lovely, pure singing voice. She appealingly portrays Kim's excitement at first love; her world-weary hope for Chris' return, and her passionate devotion to her child..."

"As for the cast, Ray and Nichols are fantastic as the star-crossed lovers, thrown together and then wrenched apart by the turmoil of war."

"The only performance that even rivals Paice's -- as occasionally tops it -- is the lovely Manna Nichols, who does wonders with the role of Sachiko..."

"Manna Nichols, who plays Horiyoshi's knowing lover Sachiko, only rarely gets to sing, but when she does—in the wistful Act II number"Looking Back Willow"—she shines."

The King and I at the North Shore Music Theatre

The King and I Press Release

The singing honors, however, had to go to the gorgeous warbling of Manna Nichols and Joshua Dela Cruz (at left, and above) who as the star-crossed lovers Lun Tha and Tuptim took Rodgers standards like "We Kiss in a Shadow" into the vocal stratosphere.

Manna Nichols is an exquisite Tuptim, the unwilling "gift" to the king who loves another man. Joshua Dela Cruz is passionate as her secret love Lun Tha. They blend their fine voices beautifully in their love songs.

Of course it doesn't hurt that the young lovers are portrayed by Manna Nichols and Joshua Dela Cruz, who not only have glorious voices, but make us hope for their love even though we know it's impossible.

Manna Nichols shined as Tuptim with her beautiful voice and demeanor. The audience could feel her despair from not being able to be with her beloved.

The King and I at the Walnut Street Theatre

The King and I Press Release

"...with Manna Nichols turning in a Broadway-class performance as Tuptim. Her bright, brilliant soprano voice is as good as youʼll hear anywhere..."

"Manna Nichols and Austin Ku, respectively, make the audience feel for their plight and their two musical numbers,"We Kiss in a Shadow" and"I Have Dreamed" are sung with great emotion."

Standout performaces are offered by the ill fated lovers Tuptim (Manna Nichols) and Lun Tha (Austin Ku), whose touching drama breaks hearts and flawless voices blend beautifully in lovely renditions of "We Kiss in a Shadow", and "I Have Dreamed".

Frog Kiss, the Musical at The Theatre at St. Clement's

"Another standout is Manna Nichols as Clementine's sister, Hortense, whose sexy yet comic rendition of "Attention" is one of the show's highlights."

"The song"Attention", with music reminiscent of the"Cell Block Tango" in"Chicago", gets the audience's full attention with a tour de force, sexy performance by the terrific Manna Nichols as Hortense."

Manna Nichols plays"Hortense," the younger sister of"Princess Clemetine." Manna lights up the stage with her big, powerful vocals which echo beautifully throughout the theatre. She also uses her sly facial expressions to demonstrate her many devious moments.

"Manna Nichols is perfectly cast as a strong-willed, intelligent Mulan, a young woman on the cusp of coming of age who is keenly aware of her expected role, duty to and love for her family. Her voice carries the musical numbers with its range and clarity. She is entirely believable in all stages of her journey, whether she is masquerading as a willing candidate for marriage in front of the Matchmaker or as a man eager to fight the Huns."

"...Manna Nichols makes for a charming and clear voiced Mulan, able to navigate all the emotional twists and turns required for her character."

Press Release - Oklahoma! at the Acorn Theatre at Theatre Row